You’d think it was Armageddon the way my local Sainsbury was savaged on Tuesday night.  Not a pancake mix in sight.  I actually had to make my own batter… from scratch.  That alone deserves a round of applause. Now I’m no Zoella but I was tossing pancakes like my life depended on it and I was pretty impressed with the end result and by that I mean it was edible.

Originally my plan was to make enough pancakes to create a visual masterpiece showing off the grand selection of toppings I managed to get my hands on earlier in the day (at this point I should mention that sourcing these toppings was very much like being a cast member on The Hunger Games, I like to set the scene).  However, it became apparent after my 3rd failed pancake and 2nd scrub of the pan that this was not going to happen.  Instead I opted for salvaged layers of pancakes with blueberries nestled between them – mostly to add volume so that it looked like a stack of pancakes. 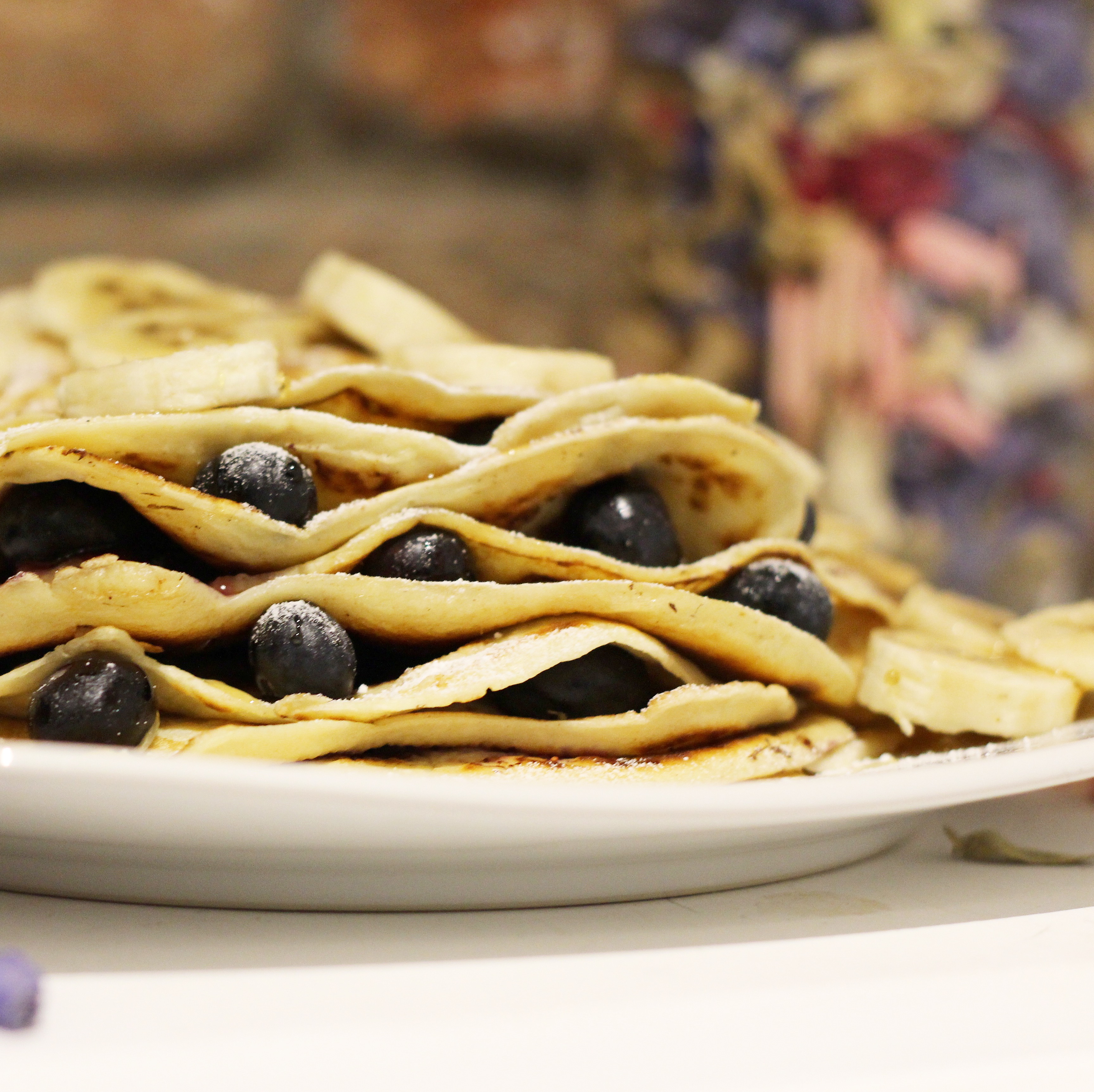 At one point I thought I was being clever and I emptied all my blueberries in to the pancake batter in hopes of creating an American style pancake similar to this one on the BBC Good Food website. This failed horribly so I ended up fishing out the blueberries and continued on my domestic goddess way.  On a side note, how the hell do they get the pancakes to stay in those perfect little circles in the pan or are they just cutting them after and how do they get them so thick? 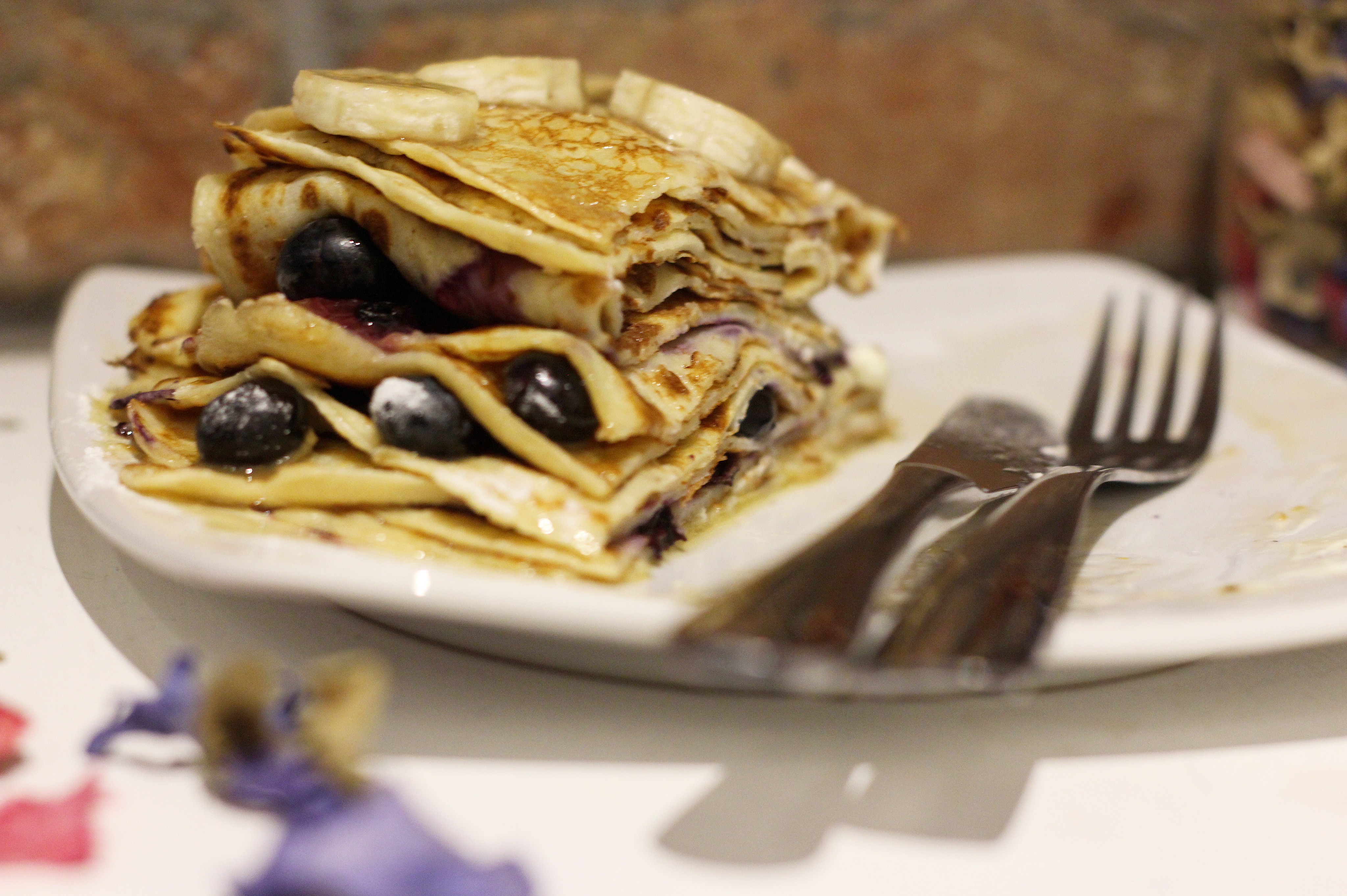 What I ended up with was a stack of pancakes which started off healthy and ended up smothered in maple syrup and toffee sauce, topped with banana, icing sugar and a dollop of creme fraiche.  Thankfully we can filter and crop the shit out of photographs!

Next year I’m ordering mine on Deliveroo apparently My Old Dutch has a fantastic selection.